Celtic restored their nine-point lead at the top of the Scottish Premier League with a comfortable 4-1 win over St Johnstone on Christmas Eve.

Ryo Hatate (14, 52) and Kyogo Furuhashi (18, 40) scored twice each before Jay Wright (67) got it back for the visitors as Celtic produced a dominant display in response to Rangers’ 1-0 win over Ross County on Friday night.

VAR came under further criticism because Katat’s second goal and Celtic’s fourth, which was initially ruled offside, took nearly three minutes for the referees to deliberate on even though he seemed clear on his position.

Technology later played a part in the injury-time sending off of Celtic substitute David Turnbull after he hit the head of St Johnstone goalkeeper Remy Matthews with a high boot.

Celtic put themselves leading in the table with an 11th successive league win against the old team on 2 January, live. Sky Sports Footballas they look to defend their crown.

How Celtic pulled off an early victory at Christmas

Celtic came close twice in the first 10 minutes, with Keogo’s header from close range saved by St Johnstone keeper Matthews and Matt O’Reilly and missed the goal from inside the area after a pass from Callum McGregor.

The hosts’ pressure soon showed when Hattat fired Celtic ahead after 14 minutes with a deflected shot that sent Matthews into his near post. Within four minutes, Kyogo doubled Celtic’s lead with a brilliant flick in the six-yard box.

Kyogo emerged again from close range just before the break as he latched onto the low end of James Forrest’s cross to make it 3-0. He has now scored three goals in his last two matches.

VAR took center stage for Scotland once again as Hatat’s second was incorrectly ruled offside after a Celtic move culminated in a brilliant kick from McGregor to set up the Japanese midfielder. It took the goal-checking officials more than two minutes to make a decision on what appeared to be a straightforward decision.

Hatat was filling in at right-back with Croatian Josip Juranović not returning from the World Cup and Antoni Ralston injured, but the midfielder managed to equal his goal tally throughout the entire season.

Hoops boss Ange Postecoglou felt Cadet was “outstanding” in his approved role, saying: “There wasn’t much choice, so we had to be creative. He’s an intelligent footballer and played left-back earlier in his career.”

“He’s not a sure-footed full-back, but my feeling is whatever negative things he brings defensively because he’s not used to playing there, he’s going to give us a bit more forward going. That’s what he did but he was disciplined defensively.”

Celtic goalkeeper Joe Hart did his best to keep a clean sheet, making two saves in quick succession from close range, before Wright slotted home in the 67th minute for St Johnstone, who are fifth in the table.

In what was a perfect Celtic afternoon, there was a late setback when Turnbull was sent off after 15 minutes coming off the bench for a reckless high boot on St Johnstone keeper Matthews.

The VAR advised Kevin Clancy to go to his monitor to review the incident and later issued a red card, meaning the midfielder would miss the Old Firm match against Rangers on 2 January.

Postecoglou: We need to stay strong 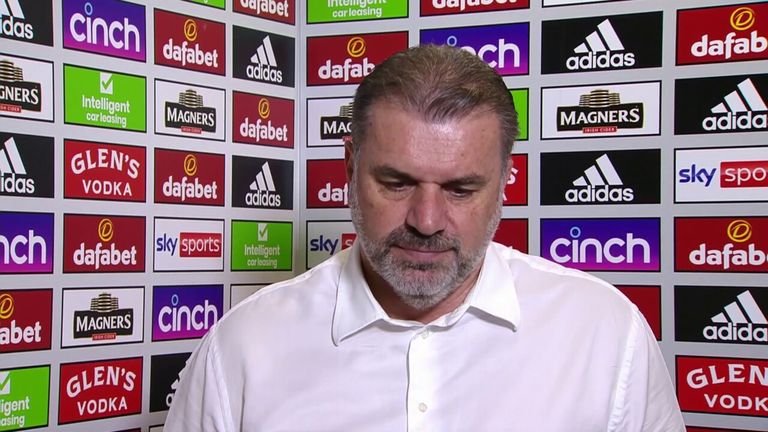 Celtic manager Ange Postecoglou ditched his shirt and tie after a “strong performance” against St Johnstone, and restored their nine-point lead at the top of the Scottish Premier League.

“I’m really happy. I thought it was a solid performance and we started well. We controlled him and he looked like a threat every time we went up.

“Now there is a real hunger among the boys to create chances and score goals. To their credit, I think it was a solid performance against a strong team who were obviously in good shape.”

“We’ve been good, the players have been consistent. We need to keep improving. It’s just about results. It’s a good position to be in but with the full knowledge that we have to be stronger as the season goes on.”

Davidson: There is soul in this group 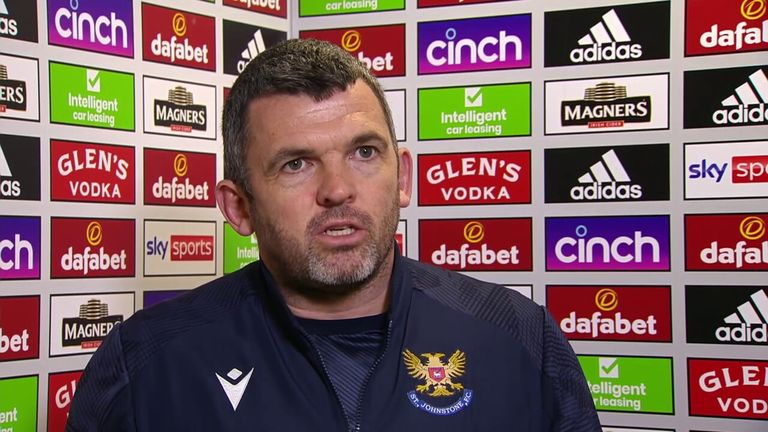 St Johnstone manager Callum Davidson says he bears some responsibility for his defeat at Celtic as he looks forward to some big games ahead.

“Maybe I take some responsibility myself. Obviously we brought in two strikers, two attacking midfielders and two attacking full-backs. So obviously I wanted to try and push them a little bit higher.

“I thought sometimes we did it well, but when we messed up they exposed us in the back, which they’re really good at. At the end, it was the first half of those games where you came to Parkhead and it was shot after shot after that. Shooting.

“I thought sometimes we could force Celtic to make mistakes and force them into areas where we could really expose them. In the second half I thought it was a lot of resilience from the players, I think we were beaten hard last year but this year we are stuck in.

“There is real spirit in the group that will carry us forward into the season. It is a difficult place for us to come to. We withdraw and they are not our fight. We have some big games coming up and we will be ready to go.”

Celtic’s return to the Scottish Premier League on December 28 away at Hibernian, Live on Sky Sports. Kick-off is at 8 p.m.

St Johnstone was at Harts House that same night. That match starts at 7.45pm.