By Ellie Blake for Mailonline

This is the shocking moment two women fought inside an Oxford Street shop while shoppers were looking for bargains during the Boxing Day sale.

A shop worker who broke up the fight between the two women sustained a head injury while the customers were in shock.

The incident took place at the Pull & Bear clothing store at 6.10pm on Monday as thousands descended on busy shopping areas across the UK to look for bargains in the sales.

Footage circulating on social media shows an employee squeezing the two women who started hitting each other at a supermarket chain.

In the video, a woman is seen grabbing what appears to be a clothes rail, then trying to hit another customer.

The woman on the receiving end then grabs a pair of jeans off the rack while trying to knock her opponent back.

Other customers could be heard screaming in the chaos and rushing out of the store to avoid running into the nasty junk.

Footage circulating on social media shows an employee squeezing the two women who started hitting each other at a supermarket chain. 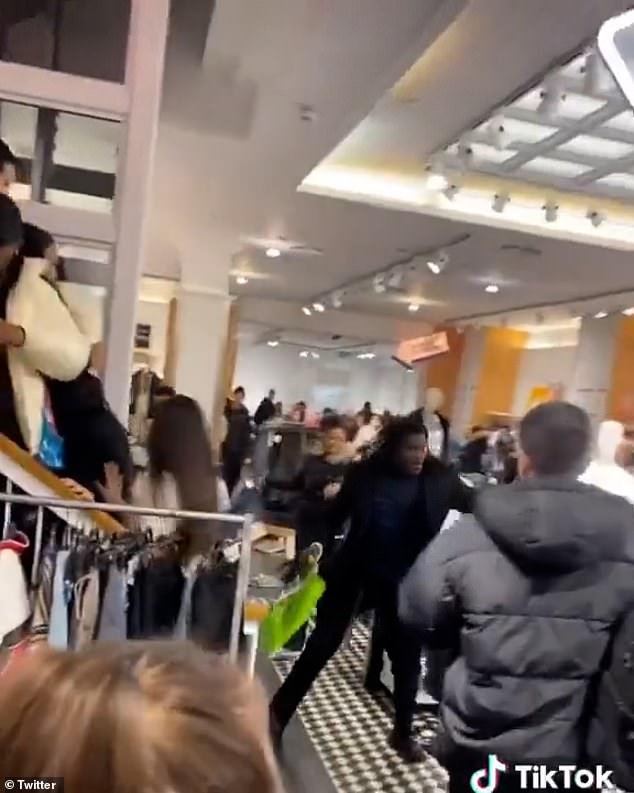 In the video, the women are seen throwing objects at each other in a Pull & Bear store as shocked customers try to get out of the way. 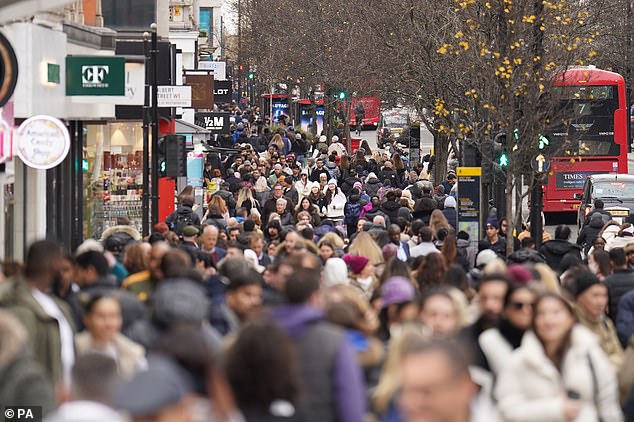 Yesterday millions of shoppers appeared to defy Boxing Day predictions with early indications that footfall in UK retail destinations had risen by half this time last year.

A statement from the Metropolitan Police said: ‘Police were called at 18:10 on Monday, 26th December, to reports of an altercation in a shop in Oxford Street.

Officers found one of the workers with a head injury. He refused medical help and continued his work.

‘There have been no arrests.’ Inquiries are ongoing.

It is not yet known why the argument broke out between the two shoppers, or if they were later questioned or asked to leave the store.

Social media users who watched the tape praised the security guard after he separated the two women. 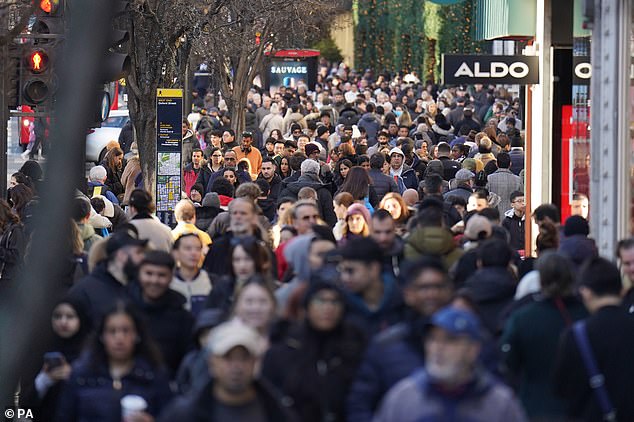 Yesterday millions of shoppers appeared to defy Boxing Day predictions with early indications that footfall in UK retail destinations had risen by half this time last year.

Concerns have been raised that the cost of living crisis combined with crippling railway strikes could affect the traditionally popular day of shopping.

But central London, hard hit by industrial strikes from transport unions, more than doubled in turnout on the morning of Boxing Day.

Springboard said it rose on high streets by 59.4 percent, in malls by 46.6 percent, and in retail parks by 33.7 percent.

With turnout in central London rising by 139.2 per cent, the data company indicated that the negative impacts of industrial measures on railways had not materialized as expected.

However, this year’s Boxing Day turnout has not yet returned to pre-pandemic levels, remaining 30.5 percent lower than it was on December 26 in 2019.