Kelsey Parker took to Instagram on Friday to document her emotional reunion with her late husband’s parents Tom Noreen and Nigel after admitting she dreaded her first birthday without the singer.

The Most Wanted star lost his life in March of this year at the age of 33, after a year-and-a-half battle with stage 4 glioblastoma brain cancer.

Kelsey, 32, shared the snaps after heading to Tom’s hometown of Bolton where the family enjoyed a trip to a local pantomime.

In the photos, her two children, Aurelia, 3, and Bodhi, 2, cuddle up to their grandparents and are joined by other children in the family.

Kelsey captioned the footage: “We don’t always get to see Tom’s family as often as we’d like.”

As we showed last night, it’s important that we keep our family close and celebrate together; although it will always be bittersweet that Tom isn’t around. 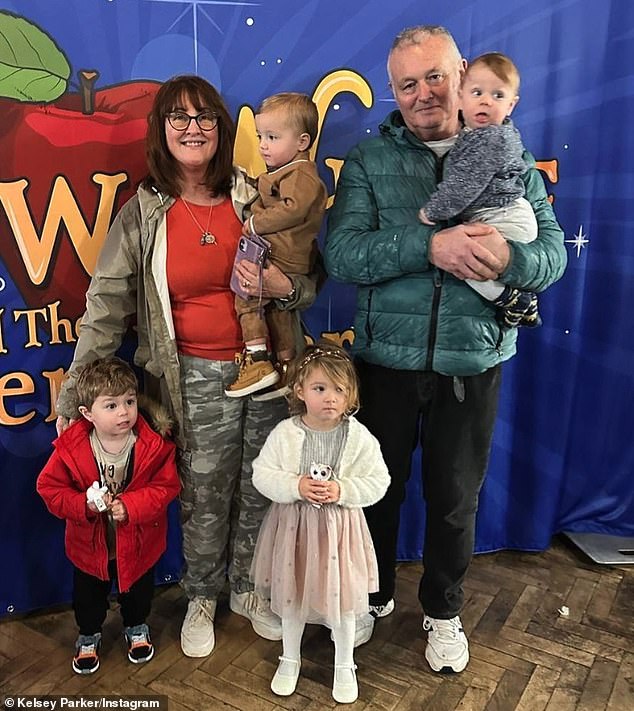 FAMILY: Kelsey, 32, shared the snaps after heading to Tom’s hometown of Bolton where the family enjoyed a trip to a local pantomime. 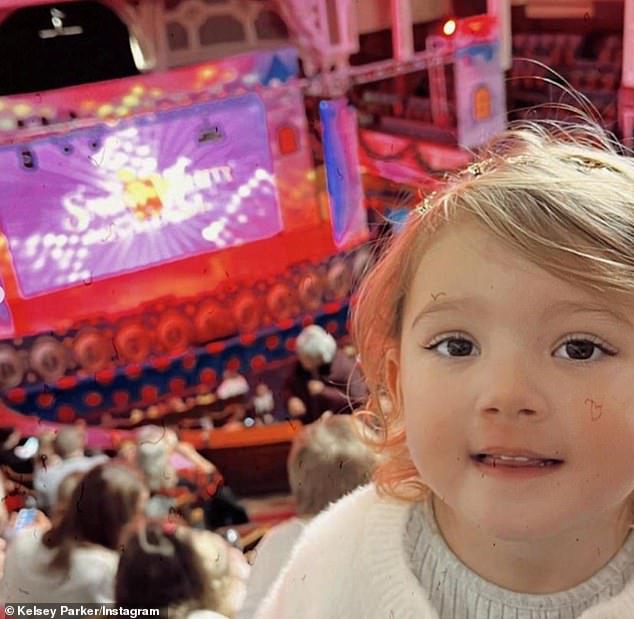 Holiday spirit: In the photos, her two children, Aurelia, three (pictured) and Bodhi, two, hug their grandparents and are joined by other children in the family

The kids and I headed north earlier this week to go panto with Tom’s parents. Kids loved it and it was so special to make happy memories with their grandparents.

Kelsey admitted on Friday that she dreaded Christmas this year, because it’s the first without her late husband.

In a cheeky post, she explained the difficulty of grieving for herself and her two children. 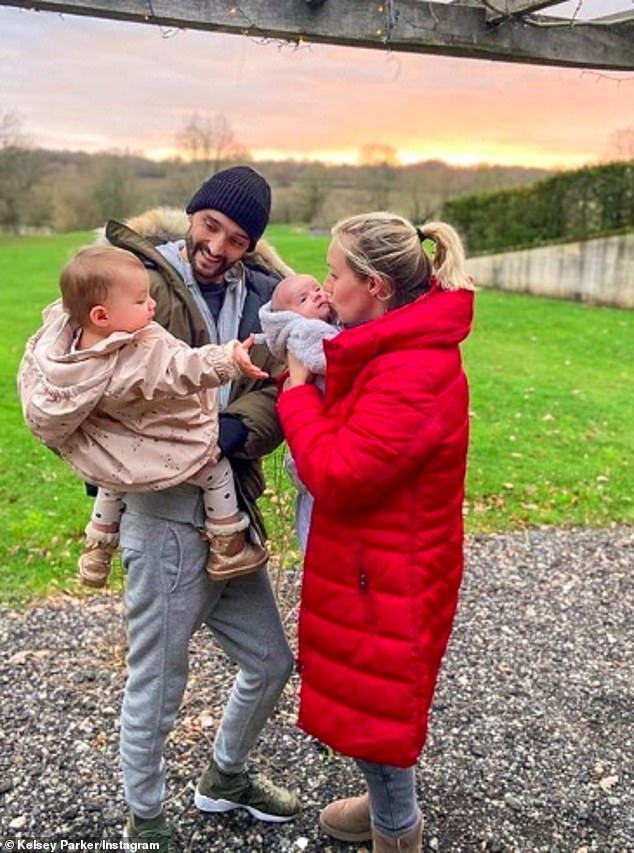 Sad: The Most Wanted star lost his life in March of this year at the age of 33, after a year-and-a-half battle with stage 4 brain cancer (pictured together in 2021)

She explains that the day’s rigors are exacerbated by the fact that her grandfather’s funeral is being held tomorrow.

“Hi everyone, I know a lot of you checked in with me today and I really appreciate that, thank you so much.

Today was a real struggle. It’s my grandfather’s funeral tomorrow, so I guess that’s like bringing a lot of grief and trauma to the surface and maybe a little bit of PTSD. It was very difficult. 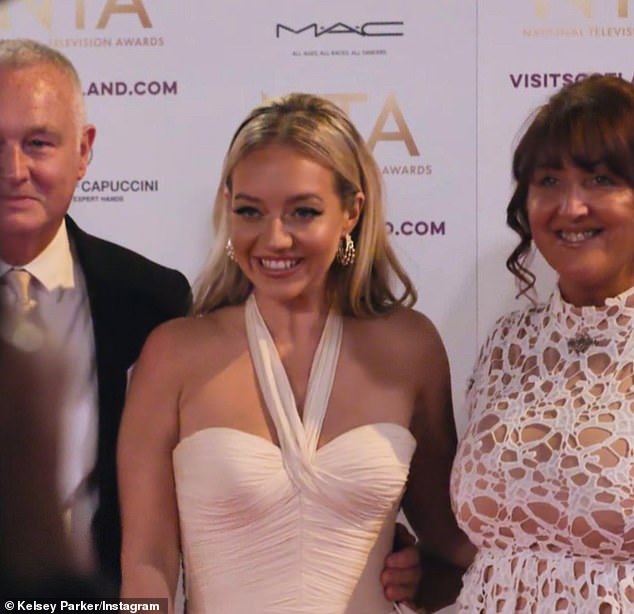 Throwback: She also shared a snapshot of the National Television Awards in October where she joins in-laws after the late pop star’s documentary was nominated.

Back Together: Kelsey captioned the snap: ‘We can’t always get to see Tom’s family as often as we’d like’

She then added that she was “surprised” with a wave of sadness after wrapping presents for her children and realizing that they would only be hers this year.

Kelsey added: ‘And do you know what I spent the evening doing? Packaging gifts.

And it wasn’t because Tom was actually going to help me with a gift. I don’t think in the 13 years I’ve been with him he’s actually gift-wrapped, except for mine knowing blatantly he got someone else to wrap it. 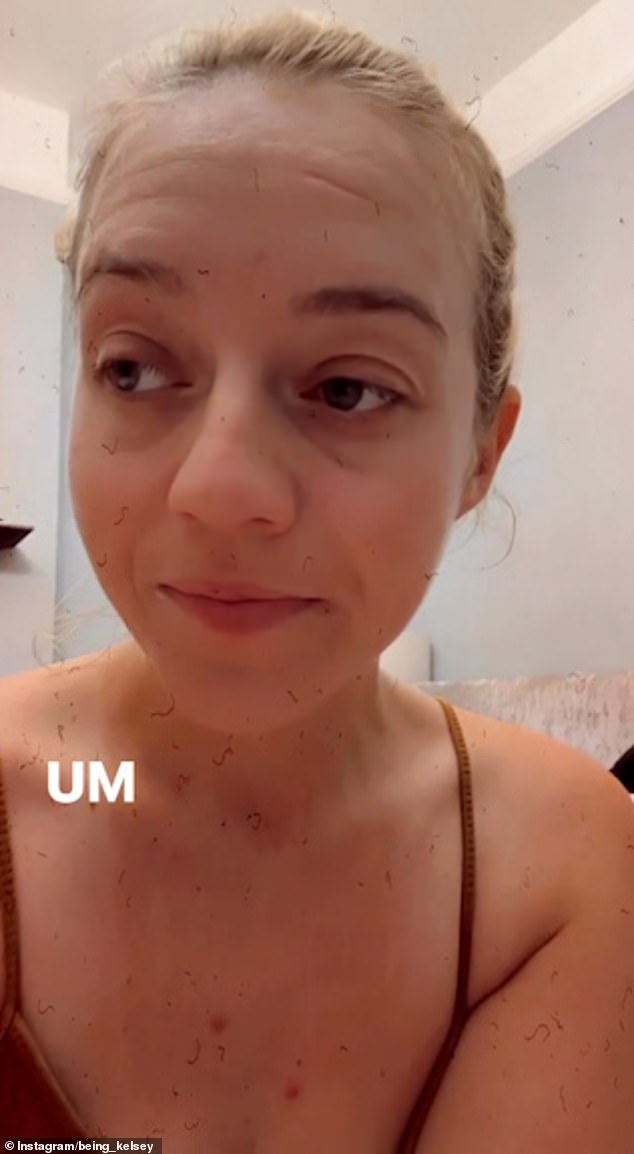 Confession: Kelsey admitted on Friday that she’s been dreading Kristma this year, as she’s her first without her late husband

She was writing gift cards. Like “To Ray, to Bo, Merry Christmas, Lots of Love Mummy”. Like this really made me tonight. It caught me by surprise.

And I sat there and I was writing them and I was like all these gifts are just from me. I don’t know, that’s the thing about feeling sad, it literally takes you by surprise.

And I guess deep down I knew this because that’s why I had just postponed Christmas. I was just freaking out, freaking out about Christmas.

In an effort to stay positive, Kelsey continued: ‘But I have to make the most of what I have. I also have to do it for the sake of the children. I have to make sure this is a great Christmas for them.

I will be very sad. Nothing like a funeral a few days before Christmas. I have a poem to read for the funeral. And I passed this morning. This just totally ripped me off.

I signed off wistfully: “I mean what a year.” 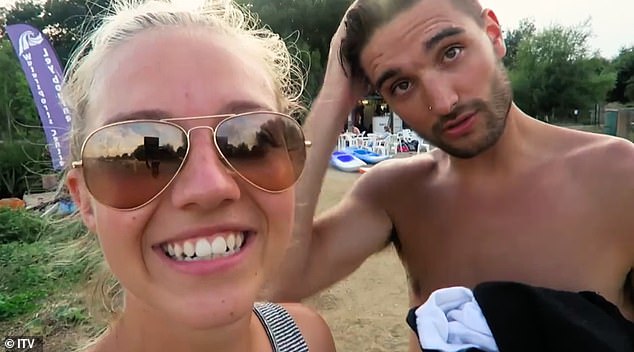 Awful: Then she added that she was surprised by a wave of sadness after wrapping gifts for her children and realizing that they would only be from her this year