A major study has found that having type 2 diabetes more than doubles the risk of dying from some types of cancer.

British researchers found that people diagnosed with bowel, liver, pancreas and endometrial cancer double the risk of death if they have diabetes.

Younger women with type 2 diabetes — often linked to obesity — have also been found to have an increased risk of dying if they develop breast cancer.

The findings suggest that cancer may have overtaken heart attack and stroke as the leading cause of death in people with type 2 diabetes.

Younger women with type 2 diabetes – often linked to obesity – were also found to have an increased risk of dying if they developed breast cancer (arrow photo).

Experts believe that prolonged exposure to the effects of increasing blood sugar and insulin levels, insulin resistance and chronic infections can cause some types of cancer and may even make others more deadly.

They warned that deaths could worsen unless more is done to tackle the obesity epidemic and urged officials to consider additional cancer screening programs to target those most at risk. The study used a UK general practice database to access information on more than 135,000 Britons, aged 35 and over, who were diagnosed with type 2 diabetes between 1998 and 2018.

While overall cancer death rates have fallen below 75, those associated with type 2 diabetes have bucked the trend by rising over the past two decades.

Researchers found that death rates from pancreatic, liver and lung cancer increased at all ages, while bowel cancer rose in most age groups.

Dr Suping Ling, who led the research by the Lister Diabetes Research Center and the London School of Hygiene and Tropical Medicine, said the findings showed that type 2 diabetes affects cancer death rates.

suggested that changes to existing screening programs or more in-depth investigations of suspected or unidentified cancer symptoms in patients with type 2 diabetes might reduce the number of preventable cancer deaths. 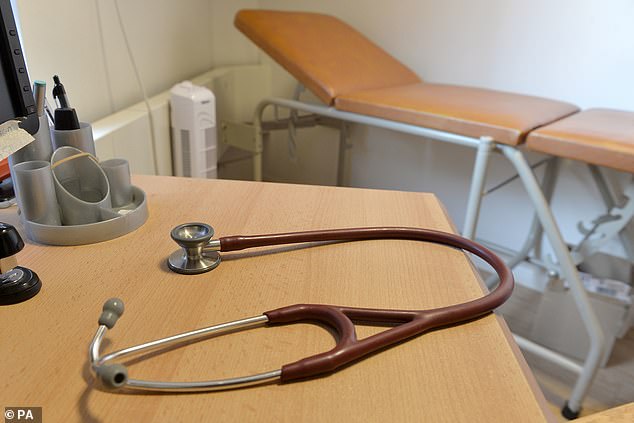 She said: ‘The findings underscore the increasing burden of cancer in people with type 2 diabetes, particularly in the elderly, and highlight the need to prioritize cancer prevention, research, early detection and management in this population.

“This is particularly the case for colorectal, pancreatic, liver, and endometrial cancers, where mortality rates were much higher in individuals with type 2 diabetes than in the general population.”

More than 4 million people in the UK live with type 2 diabetes with another 13.5 million at risk of developing the condition due to rising levels of obesity.

There is growing evidence that type 2 diabetes can cause pancreatic, liver, and endometrial cancer, but until now, there has been little research on whether it affects overall cancer survival.

In this study, the researchers analyzed trends in deaths from cancer and other causes by age, sex, race, socioeconomic status, obesity, and smoking status, and then compared the rates in people with type 2 diabetes to rates in the general population. They found that having type 2 diabetes increases the likelihood of dying from any cancer by 18 percent compared to the general population.

The results, published in the journal Diabetologia, showed that those who were obese and smoked were more likely to die from cancer.

Dr Claire Bromley, from Cancer Research UK, said: ‘Cancer survival has improved and has doubled in the last 40 years in the UK, but we need to go faster to improve survival for everyone.

“There are many factors that influence a person’s likelihood of developing and dying from cancer, and research like this, which builds our understanding of these factors, is essential for improving outcomes.”