The problem with Christmas is that it comes only once. All those gifts and food, crammed into a huge binge.

Long after you’ve had enough, when you’d rather spread it out a bit, you’re bound to keep going. This applies to television. is very.

On the premise that more is better, Christmas TV specials are almost always too long. On the same day, Santa delivered an hour and a half of Call The Midwife, another 90 minutes of Doc Martin, and a full hour of EastEnders – which really goes against the natural order.

The transgression continues with writer-director Mackenzie Crook’s The Detectorists (BBC2)’s hymn to the English countryside. This charming portrayal of a man’s awkward friendship was perfect as a series of half-hour episodes, but the main run ended five years ago.

Croc and Toby Jones play Andy and Lance, a pair of middle-aged history buffs whose favorite pastime is Potter through a fallow field with metal detectors, hoping for buried treasure. 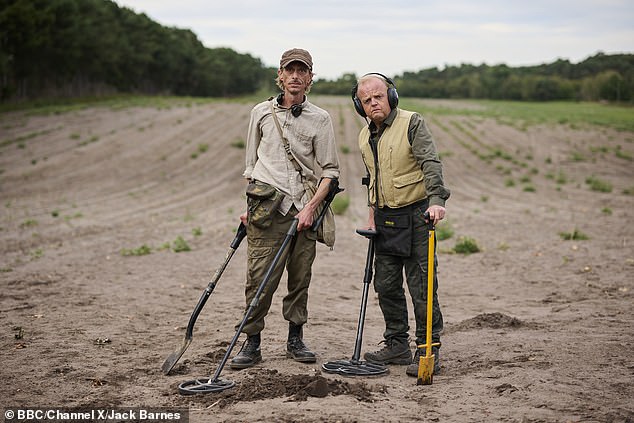 In half-hour doses, I could watch Detectorists forever. Scattered throughout the text like shards of pottery are clever little jokes waiting to be found

The prospect of a new mini-series, spanning across three weeks, would have been a real splash of celebratory joy. Instead, the entire story was condensed into a 75-minute special, which was a very good thing.

Revealers has always been one of those shows that, if you’ve never seen it, didn’t seem like much. Crook and Toby Jones star as Andy and Lance, a pair of middle-aged history buffs whose favorite pastime is Potter through a fallow field with metal detectors, hoping for buried treasure.

Andy is a gentle soul, married to a perpetually grumpy teacher (Rachel Sterling).

Lance is single, picky and a bit pompous, with some surprising depths that he hides well. The two are happy when they sit under a tree, comparing notes on the final round of the University Challenge, but life’s unacceptable emotional acts keep intruding.

In half-hour doses, I could watch Detectorists forever. Scattered throughout the text like shards of pottery are clever little jokes waiting to be found.

When Lance and his daughter Toni (Rebecca Callard) peer into a suitcase containing nuggets of holy gold, their faces are lit by flamboyant gangsters John Travolta and Samuel L. Jackson in Pulp Fiction.

And when the boys decide to alert the archaeologists of their latest find, Lance remarks, “All that history under Bodhi and Doyle”—a slang word that rhymes for soil.

Andy agreed, saying, “We should call in the professionals.” You have to be of a certain age to get that joke. The story is depicted with beautiful glimpses of animals, insects, and flowers – and concludes with an insight into biblical history (unless it’s just a daydream shared by Lance and Andy). 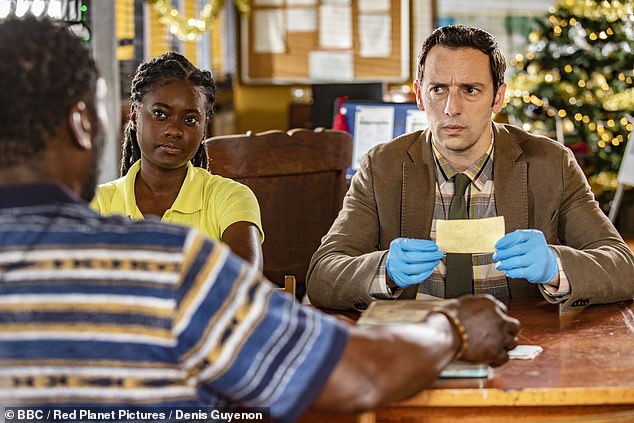 Death In Paradise (BBC1) made the same mistake, lengthening an hour’s perfect form by 30 minutes, thus losing much of the fun and tension.

Death In Paradise (BBC1) made the same mistake, stretching its perfect hour-long format into 30 minutes, thus losing much of the fun and tension. These Caribbean mysteries rely on momentum to get us going. The plots are so absurd, and the killing mechanics so improbable, that it’s not safe to stop and think about them.

As long as there’s another twist or slapstick piece, with Detective Neville (Ralph Little) falling to his feet, we’re carried along at his feet. But this story, about a kid who went off on a hunt for Santa on Christmas Eve and disappeared, starts going in circles, with recurring flashbacks.

Les Dennis was unrecognizable as a quack psycho with his hair dyed black, and the best character — “True Crime” podcaster Siobhan McSweeney — was shocked too soon.

And thanks to sweeping changes at the police station, grumpy Commissioner Don Warrington is the only familiar face left. Death in Heaven seems to have reached its last legs.